Two new prisoners, Karen Travers and Lynn Warner, are inducted into Wentworth Detention Centre and have to adjust to the harsh regime and the tough women they meet there. Karen, convicted of stabbing her cheating husband to death in the shower, turns out to be an old flame of prison doctor Greg Miller. Lynn has been convicted of kidnapping and burying a baby alive, and though she loudly protests her innocence, she is bullied by the other women, led by their 'Top Dog', murderess Bea Smith. Meanwhile, young inmate Sally Lee hangs herself in her cell while going through serious drug withdrawal. Tough lesbian Franky Doyle goes berserk when she learns her girlfriend Doreen is being moved to another cell and destroys the Recreation Room. Bea burns Lynn's hand in the press and Lynn reports her for it, putting Bea's upcoming parole in jeopardy. Late at night, bent screw Officer Yates lets Bea out of her cell so she can go and scare Lynn into withdrawing her complaint. 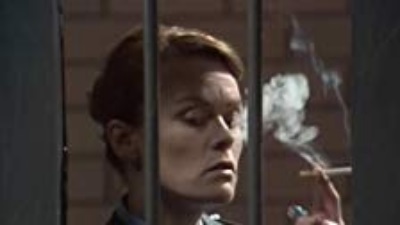