Doreen stops Franky battering Miss McBride and the old lady is so taken with them that she invites them to stay. After a while, Doreen decides to tell her who they are, but she tells her she has known all along: she enjoys the company and says they can stay as long as they like. Mum gets out on parole and moves into a flat with Judith Anne. After a lot of persuading, Monica agrees to Bea's suggestion that she let Marilyn and Eddie run her milkbar while she is inside. Marilyn is released, never to return again. Bea, Monica and Lizzie set Vera up for "bashing" Monnie, so Erica instructs her to take a few days off until the incident can be investigated. Meg and Karen find Lynn on the floor of her cell, bleeding after slashing her wrists with a piece of broken mirror. 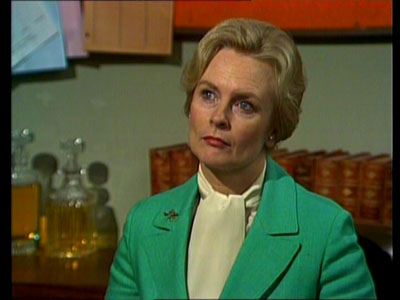