When a young girl, Sarah Roberts, accepts a lift home from a man who says he knows her father, she ends up getting raped. Her parents, Catherine and Ken, are concerned that she is so late coming home from school, but it is not until the next day that Sarah tells her mother about the attack. The police come to the Roberts' home to interview the girl. Catherine vows to avenge the attack on her daughter. Barbara has drugs smuggled into the prison, telling Vera that Monica has asked her to get them for her. She plants the drugs in Monica's cell, and they are found thanks to a cell search instigated by Vera. Monnie is packed off to Solitary. Since the drugs were brought in right under Bennett's nose, Barbara wants Vera to do her a few favours. Meanwhile, Erica announces a crackdown in security as Bea vows to get even with whoever framed Monnie. Jean visits Lynn in hospital. She tries to get her to write to her parents and reconsider not hiring Steve as her lawyer. As for the escapees, Doree 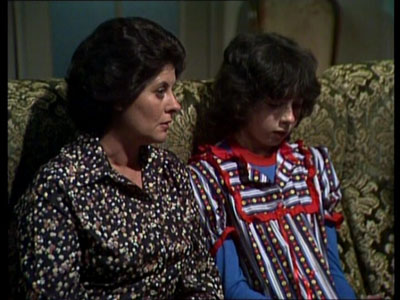