Lots of bullying going on as Joan bullies Lou and everyone else bullies Kath. Janet tries to ingratiate herself with both Kath and Lou, telling Lou she knows something about Bob Moran that they can use against him. Rita tells the other girls that drugs are a no-no from now on, to their disgust and surprise. 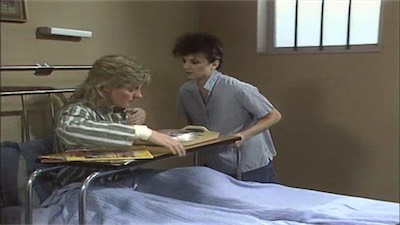