A confused Merle tries to attack Rita and then attempts to kill herself by bashing her head off her cell wall, as a result of Janet witholding her medication. Kath is returned to Wentworth after being sentenced and refuses to file for an appeal. The officers go to a bar, where the Pringles get drunk and Marty punches Rodney, and the solution to the work release scheme is found in an unexpected place. 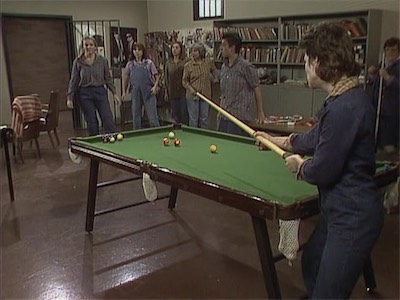