Return of the Evil Leaper

October 8, 1956: As Arnold Watkins, better known as The Midnight Marauder, Sam has to persuade a fraternity to stop using chicken races as a part of their hazing ceremonies, while Al tries to convince Arnold to stop trying to get himself killed in retaliation for his parents' deaths twelve years earlier. When Alia, the evil leaper, appears on the scene, Sam becomes determined to take her with him when he leaps. 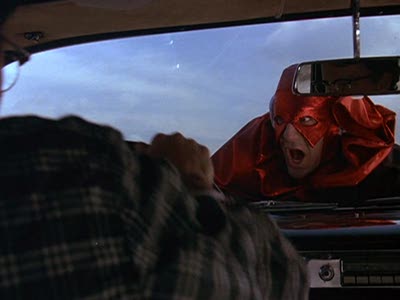