Who's Who in Neverland

Margo Bently is writing her first book, the contents of which could prove very damaging to a certain group of people. She is murdered and brought into the lab as a suspected alcoholic prostitute with cirrhosis but Quince thinks the body is telling him something different about her social standing. Quince is asked to present a seminar in Bufflo NY by Asten, while he's preparing his notes Asten takes over in the lab. In Quincys absence, Asten signs the body out to a phoney coroner and Quincy begins tracking her down. This leads him to a murdered literary agent in New York a race to autopsy him before he's cremated so he can prove a link. 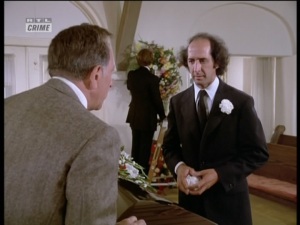