After an extremely bad day at school, Greg (Nolan Gould) comes home complaining about his awful luck. His father jokes that he should try to find a leprechaun to help him, but Greg's mother Kathleen, an Irish woman, sternly tells her husband to stop. Greg later finds an old book of Celtic folklore in a box of his mother's things. Upon reading it, he learns of a way to capture a leprechaun and gain three wishes. He baits a trap with a golden trophy and imprisons Seamus (Brendan Fletcher), a leprechaun who promises to give him whatever he wants. Seamus warns him though that "magic is all about balance," meaning that wishes come at a price. Greg's first wish is to become lucky. The next day, he wins a new bike in a contest and his crush Amy asks him to a dance, but his father abruptly loses his job. He tries to make up for this by wishing for wealth, prompting Seamus to summon him a pot of gold. Kathleen discovers Greg trying to hide the gold, and surprisingly asks "How many wishes have ya made?" She reveals that leprechauns are evil tricksters who always claim the soul of their captor as the cost of the third wish, and further tells her son that her great-grandfather Daniel was the only man who ever managed to avoid this fate, which infuriated the leprechauns and eventually led her family to flee Ireland for protection. When Seamus badly injures Greg's father's hand to balance the second wish, Kathleen and Greg try to protect the house using herbs. Seamus enters anyway, torturing the adults and claiming that he will take Greg's soul along with theirs. Greg then enters the room, announces that he has guessed what his great-great-grandfather's final wish was and uses it to wish that he had never met Seamus, undoing the effects of the leprechaun's magic. Time is reversed to the day after Greg captured Seamus and all seems well....until Seamus arrived to keep his own soul in exchange for the leprechaun taking that of his next male descendant. Greg realizes that this means 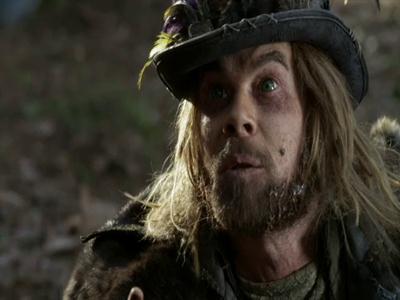