Event: ASIA MINOR 1200 B.C. A professor/mentor of Sydney's is killed and a staff piece stolen from him. Sydney and Nigel head off to Istanbul to investigate where they run up against Natasha Tripova, the head of a militant group of Goddess worshippers looking for the Belt of Hippolyte. Nigel is grabbed by Natasha and her women gang, and forced to lead them to the belt. Sydney frees him and the two pursue Natasha to her ship. In a final fight Sydney defeats Natasha and proves herself worthy to the other women, who give up. 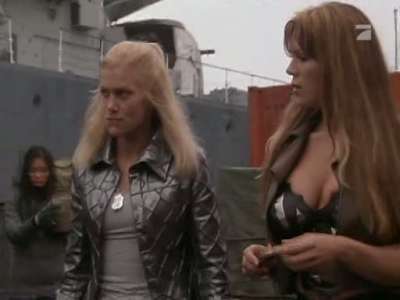