Event: AN-NAJAF, PERSIA 422 A.D. Mac Hollingsworth, an old-school relic hunter, leaves a key to Pandora's Box to Sydney in his will. She and Nigel travel to Baraq, where they are befriended by a local conman and petty crook, Ahmid. With Ahmid's help, they get into the palace where Pandora's Box is secreted...disguised as harem dancers. The palace is controlled by Colonel Montoya and his henchman Hauer. Sydney finds the hidden door the key opens, but she and Nigel are captured. Montoya opens the Box and is incinerated. As eclipses and earthquakes plague the land, Hauer forces Sydney and Nigel to decipher a clue to re-seal the Box. They do so, then manage to stop Hauer from selling the Box. 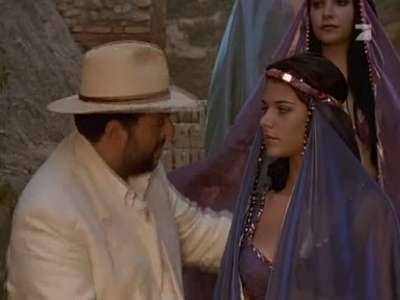