Ex-Dallas Cowgirl Michelle and Ivy League frat boy Chris make the trip overseas together and flirtatious sparks fly from the start. At the National Palace of Spain, the American duo meets up with their European roadmates ... Belou the beautiful Dutch hip-hopper; Antoine the worldly Belgian; and Patrice, German-African club promoter. Their first clue? Running with the Bulls. The Road Rulers run with the bulls in Pamplona, Spain. That evening, the kids are treated to some authentic flamenco dancing and get their next clue ... pyrotechnic artists in France. Later, under the stars (and under the influence of tequila), Michelle and Chris and Belou and Antoine get all cuddly as fireworks cap off the Spanish festival. from MTV.com 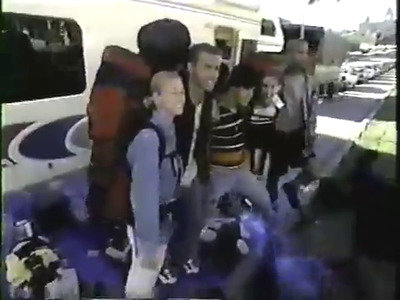