On the Edge of Your Fears

A sweaty-palmed Patrice faces his fear of heights head on as the Road Rulers have to repel down a steep cliff ... and then go canyoning. The group spends a cozy night in the beautiful country house called ""the Gite"" during which Belou bursts into tears after a call to her boyfriend Steve -- torn between loyalty to him and her attraction to Antoine. A mop clue leads them to Cannes ... it's off to the Riviera! from MTV.com 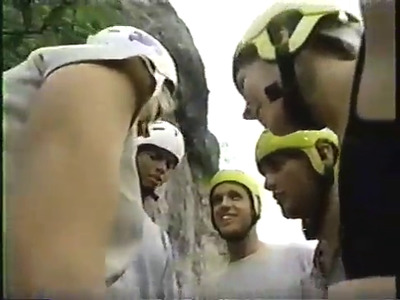