Wearing a baseball cap, Cara complains at lunch that Abe is exhibiting poor table manners (i.e. he's got his elbows on the table). Abe is beginning to notice that there's a double standard emerging. His teammates need him for the missions, but when the missions are over it's ""Abram you're worthless."" Christina observes that Abe came on the trip very opinionated and when his opinions were not accepted well, he became closed off from the group. The Roadies get a clue that some think implies they are going to be in a porn movie. But then they meet Billy, their mission mayor and learn they are going to be taught the fine art of strip dance. To be more specific, the guys will be stripping at a gay club while the girls have to go out and promote their show. Donell and Dave are as giddy as a bunch of school girls about this mission, while Abe looks uncomfortable and unsure of what he's getting into. But in the end he learns the routine with the other guys because he knows he must do it in ord 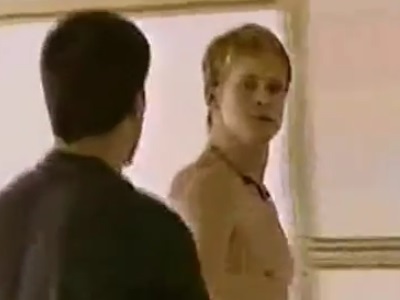