The wife of an ultraconservative judge known for giving harsh sentences, who had also tried to have Sebastian disbarred twice, is murdered in an apparent robbery attempt at LAX. The judge becomes Sebastian's prime suspect when he learns the judge's marriage had been in trouble and he had been anticipating confirmation to the Federal Court of Appeals. Meanwhile, Julie plans a fancy dinner to say goodbye to Neal when she discovers he will no longer be her bodyguard. 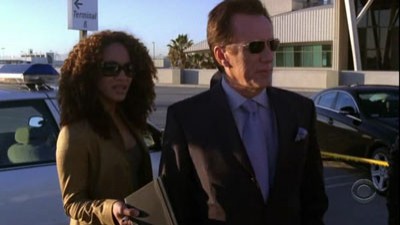