In the midst of a mail call, McQueen tells Hawkes to resign himself to being left out of the festivities - InVitros have no families back on Earth. But the mail brings a surprise for the two men. In an effort to bring order to the ranks, the top brass have decided to make a motivational film about the efforts of InVitros fighting alongside natural born humans in the war against the Chigs and they order both men to participate. Hawkes is excited by the opportunity, but McQueen wants nothing to do with the documentary. 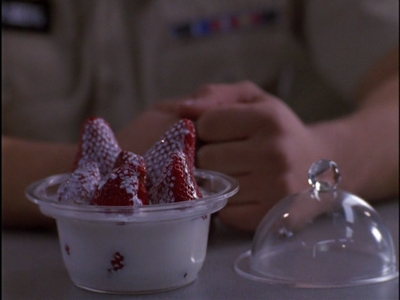