The Enterprise investigate a seemingly-abandoned planet to discover it's inhabited by a race of plants, the Phylosians. They are then confronted by a giant humanoid, Dr. Keniclius 5, a refugee of the Eugenics Wars. He leads the Phylosians and they capture Spock and send Kirk packing. Keniclius plans to clone Spock as he cloned himself (being the ""fifth"" generation of the original) and bring peace to the galaxy via conquest. He's helping the Phylosians, a dying race, who are aiding him in return. McCoy whips up some weedkiller and the Enterprise landing party get past the Phylosians only to confront a giant Spock; Keniclius' first of many. But the original is to be sacrificed. Kirk goads the giant Spock into assisting the younger one by drawing on its reflexive actions. The clone-Spock revives the original with a mind meld and Keniclius gives up his dreams of conquest. He and the giant clone-Spock will stay behind to help the Phylosians. 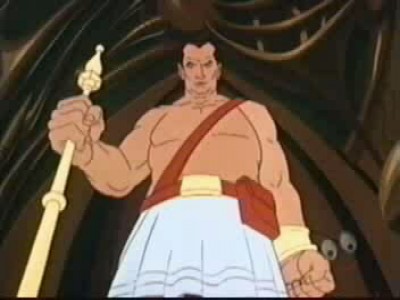