The boys are distraught to see that Kevin the paperboy is getting beaten up by bullies. They scare the bullies away, but the next day the bullies are back, tormenting Kevin! This time the boys mean business, and they chase after the bullies in their Volvo. Unfortunately they also run over Kevin in the process. The boys go visit Kevin, who doesn't know that they ran him over, in hospital. After a heart-warming story where Kevin tells the boys he was delivering papers to help save up money for college, they confess they knocked him down. To make up, they take over his paper route while Kevin is in hospital. However, the bullies now start tormenting Michael, Michael and David instead of Kevin! Things come to a head at the end of the episode where the boys perform a rap about the power of friendship. The power of friendship defeats the bullies, and Kevin gets the money to go to college. 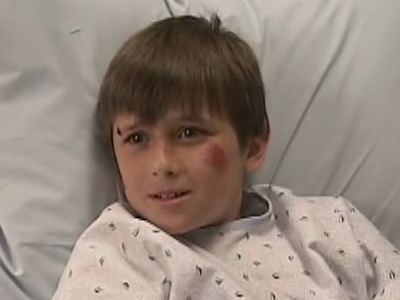