Truth, Justice and the American Way

(1938-1958) During the Depression, the popularity of dozens of superhero characters opens the door for a new generation of artists and writers. World War II creates a patriotic fervor for star-spangled adventurers to represent the American spirit at war and on the home front, but in the 1950s, superheroes are caught in the fire of government scrutiny and regulation. When the thrilling “Adventures of Superman” is broadcast on the new medium of television, America’s first and greatest superhero leads the entire comic book industry to renewed strength. 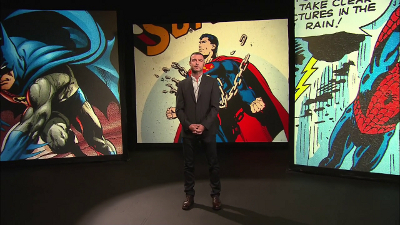