A Hero Can Be Anyone

(1978-2013) This episode captures the enthusiasm for superheroes as they are embraced in all forms of media and by all demographics, beginning with the historic “Superman” movie featuring Christopher Reeve as the Man of Steel. In 1986, Batman is overhauled as The Dark Knight to reflect the nocturnal underside of his character, and Watchmen brings new sophistication to comic book narratives, illuminating a violent and politicized world. In the burgeoning new millennium, superheroes have taken over popular culture with feature films, television shows and video games complementing a new generation of web-based comics that bring superhero adventures to every corner of the world. 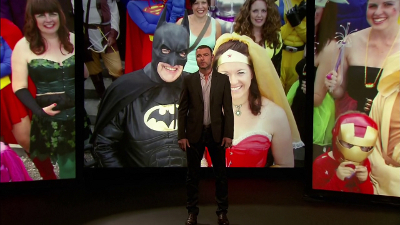