George Davies is mild mannered store-keeper who makes a pass on the town floozie. When she rejects him, he accidentally kills her. Unfortunately, the girl's boyfriend is arrested for the crime and put on trial. When George is appointed to the jury for the case, he finds a way to get the boy off without having to confess his own guilt. George manages to get the boy off, but the decision enrages the townspeople who boycott George's store and treat him like an outcast. The townspeople also hound the boy, who commits suicide because he cannot convince anyone that he is not a murderer. Eventually George confesses his crime to the police, but they refuse to believe him. They think he has suffered a nervous breakdown because of the harrassment and the boy's suicide. 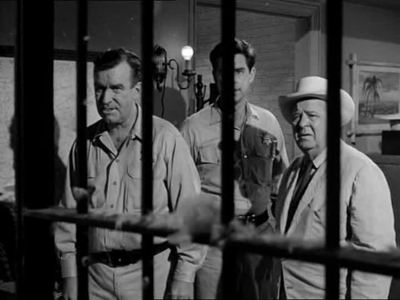