Three bank robbers come across a traveling-players' caravan. They shoot the actor-manager and two of them then kidnap Angela, one of the actresses. The third robber, Cowan, stays with the other actress, Lily, and is arrested by Simon Fry. Cowan winds up in the Silver City jail but escapes, steals a horse, and knocks down Fran McCord as he flees. Clay McCord and Herk Lamson track Cowan to a cabin where his two cronies are holed up with Angela. (One of these cronies is dying from a knife wound sustained when he and the other robber fought over Angela.) Clay and Herk arrest Cowan and Clay kills the other robber in a gunfight. Angela is then reunited with Lily. 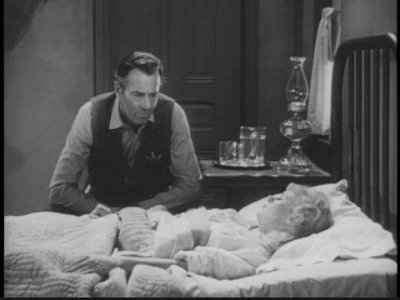