After learning who Amon really is, Korra and Mako set out to expose him to the other members of The Equalists, in hopes of shattering Amon's image and bringing his efforts to a halt. In doing so, they learn that Amon had managed to capture Tenzin and his children, and is going to use them in a demonstration of what the world will be like once Amon's plans are complete. Korra and Mako manage to prevent Amon from taking the Air Bending family's powers away and lure Amon away to try to take him down without his disciples helping him. But the young Avatar soon realizes that Amon's secret power is too great, and he takes her bending away. Without her bending abilities, how will Korra stop this tyrant from enacting his evil plans? 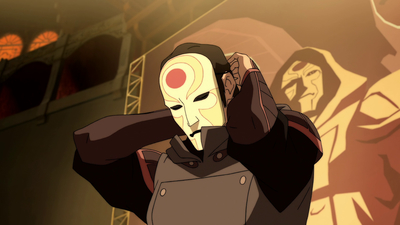