Team Avatar and Tenzin's family travel to the Southern Water Tribe to attend the Glacier Spirits Festival. While there, Korra's uncle, Unalaq, attempts to persuade Korra to let him advise her about the spirits, but both Korra's father and Tenzin assert that she needs to focus on her airbending. However, during the festival, Korra discovers that it was her father and Tenzin rather than Aang who kept her locked away, and after a Dark Spirit attacks, Korra breaks off her studies under Tenzin and takes up Unalaq as her instructor. 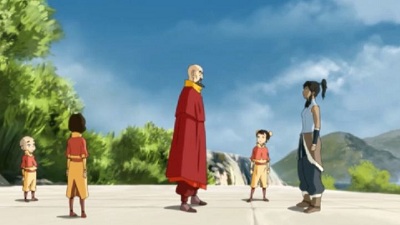