Dwight must confront his fear of public speaking when he is named Dunder-Mifflin's Salesman of the Year. To prepare for a big convention where he is set to give a speech, Dwight turns to Michael to guide him in his quest to conquer the fear. Meanwhile, Pam gets wrapped up with wedding plans, but Jim has plans of a different sort: an escape route out of Dunder-Mifflin and Scranton, at least for long enough so that he doesn't have to witness Pam's wedding. While all of this is happening, the staffers battle it out over control of the thermostat. 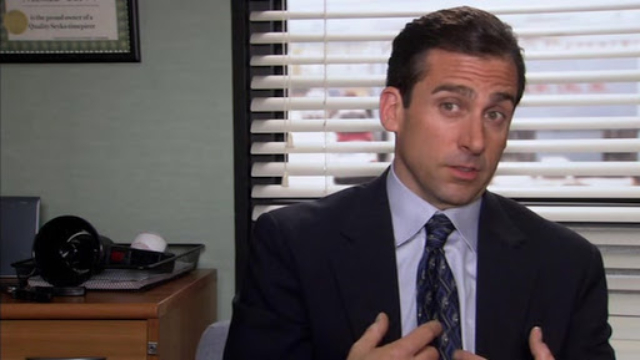