The battle cruiser Tango Bravo, under the command of Capt. Roger Kimbro (Maurice Dean Wint), is captured by the enemy Ebonites as it attempts to deploy a mysterious high-powered military device on planet N-1-8-4. Imprisoned inside a large bronze dome, the crew is addressed by The Voice, an unseen Ebonite interrogator, which demands they reveal the secrets of the device. When they resist, The Voice works on them individually in isolation, probing their weaknesses and testing their loyalty to one another. Capt. Kimbro is greeted by an all-to-real replica of a comrade he abandoned to die. Lt. Christopher Valentine (Cameron Graham) is played a fake tape of Kimbro disparaging his ability as a soldier. Dr. Elayna Chomski (Brandy Ledford) doesn't return from her interrogation at all, and when Maj. Ronald Naguchi (Robin Shou) goes for his, he finds her body dead, ripped open and suspended in liquid. Who will be the first to snap? Kimbro? Valentine? Naguchi? 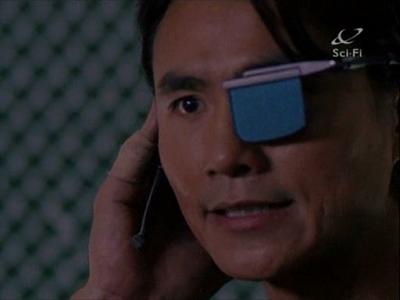