In this sequel to Double Helix, Dr. Ira Nodel (RON RIFKIN) has his body altered to communicate with aliens who have seeded Earth with their genetic material. He is joined on an alien spaceship by son Paul (Ryan Reynolds), Paul's girlfriend Hope (Kathleen Duborg), and six students. But, when Dr. Nodel touches a glowing post in the ship's control room, both he and Paul are consumed by a mysterious light. This leads Hope and the students to believe that they've been lead into a trap, a suspicion that is reinforced when the ship captures two of the students and pulls them through the wall. Desperate to find out what's going on, Hope reads Dr. Nodel's journal and risks her life by touching the glowing post. Her body begins the same transformation, and a strange glowing entity speaks in the voices of Dr. Nodel and Paul, trying to communicate with her. The ship, however, continues to snatch the students two by two. 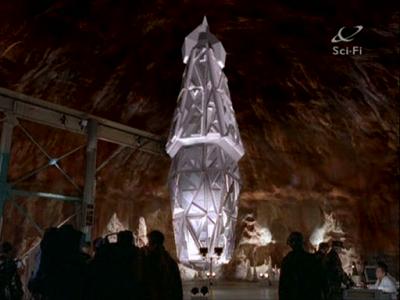