Deep space. A small planetoid. The sight of an intergalactic summit between two warring worlds. Diplomats from both Earth and Dregocia, a distant planet, are dispatched to the neutral ground to work out a peace accord. We quickly come to learn that Dregocians are human as well, but a genetically-engineered race, kept on Dregocia to mine Trion ore, shipping it back to earth to run its power plants. Now, not unlike England and its colonies, Dregoicians demand their freedom and autonomy from Earth. But when a shuttle carrying the Dregocian delegation to the summit site malfunctions and crashes, apparently due to sabotage, things quickly deteriorate. The delegation from Earth, already at the summit facility, watch in horror as the crash of the shuttle sparks an exchange that results in the mutual destruction of both the Earth and Dregocian flagships, orbiting the planetoid. This sets in motion a doomsday process, that if allowed to proceed will result in the extin 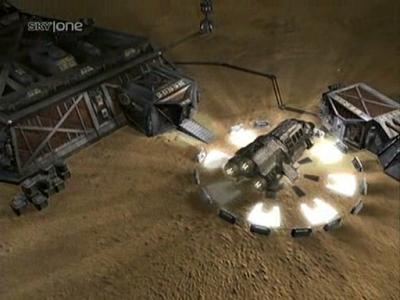