Bartlet's Third State of the Union

The President delivers his 3rd State of the Union address, what critics call "the speech of his political career" and ends up angering Abbey by what he does and doesn't say; Josh must work the polling center with Joey Lucas, but a power outage delays the results; Sam attempts to introduce Ainsley to the President with disastrous results; CJ must juggle a live recording of the show "Capitol Beat" being broadcast within the White House and run damage control when a cop has a (possibly undeserved) black mark on his record; Leo and Bartlet must handle the matter of five DEA officials who are taken hostage by Columbian terrorists. 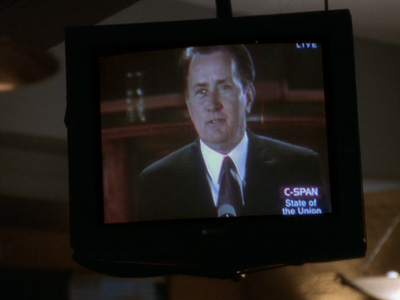