On the day of the Democratic Caucus, Bartlet, Toby and C.J. go to Iowa to kick off the presidential race, and disagree over Bartlet's making a statement about affirmative action. Back in Washington, Leo forces Josh to intercede with an old friend leading a protest against Navy arms testing at Vieques, Puerto Rico. Sam meets with Bob Engler again, who is now acting on behalf of two congressmen who want an inventory of Fort Knox because they believe that most of the gold bullion has been replaced with alien bodies recovered from Area 51 in Roswell, New Mexico. After Josh rebuffs her request, Donna seeks Sam's help in getting out of jury duty. Josh brings a little bit of Tahiti to his relationship with Amy Gardner. 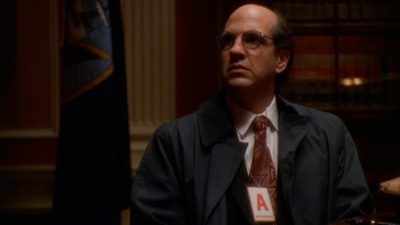