A Los Angeles police officer who is being filmed for the show COPS is attacked by a strange monster and Mulder and Scully are investigating the case. Scully is wary of having their faces put on national television but Mulder welcomes the publicity. 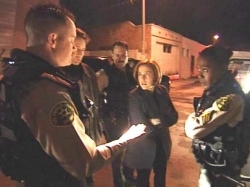