The news that Faith is repartnering with Bosco outrages Fred; Bosco overcomes his initial wariness about his brother's claims of sobriety after the tip Mikey gives him about Ecstasy dealers leads to a solid bust; in the wake of the hostage situation, the department shrink sent to debrief the house elicits a range of emotional reactions from Kim, Carlos and Holly as she reveals that Doc is in the Bellevue psych ward on a suicide watch, and that the toll of 9/11 and its aftermath may be at the root of his collapse; when she investigates the murder of an Ecstasy dealer outside a rave, Maritza discovers that the motive may be a turf war between rival dealers; Bosco is distraught when Maritza informs him that the evidence points to Mikey's being a major Ecstasy dealer who used him to eliminate the competition by providing the tip that lead to the raid; Bosco and Maritza set out separately to find Mikey; tragedy occurs when Maritza and Dade pull over Mikey's car outside a rave. 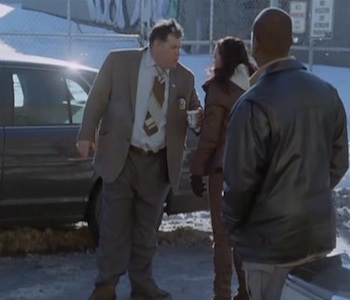