A corrupt West Africian airport official and a CIA agent who has changed sides as a result of the role that the U.S. played in Angola end up being key components in the theft of an airplane that is used to attempt an act of terrorism on the east coast of the United States. 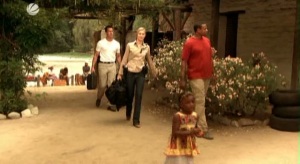