Anderson & Pop are having a good time at a local bar when a young trooper turns up and gets insulting to Pop -- it turns out to be Robby (Pop's son). The Phu An Board of Inquiry starts. As the situation develops and Beller realizes what his men did -- he had blocked it out -- he kills himself. Zeke and Team Viking go out with Robby on another SOG mission. They end up getting sprayed with Agent Blue. Before the end of the day, Robby ends up killed, leaving Pop to bring his son home in a body bag. 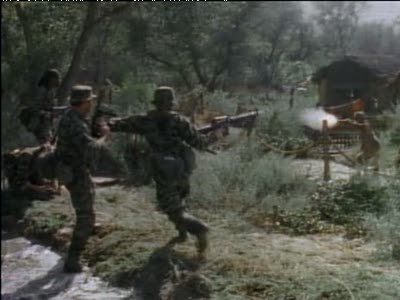