When we last saw Dr. Tina Stokes (""Scents And Sensibility"") she apparently died in a car crash. But she's back and very alive. This time she hires V.I.P. and they head off to the Carribean. It seems as though she has turned her life around but she only hired V.I.P. as a decoy for the feds while her and her partner Angel(also from ""Scents And Sensibility"") plan to steal a toxin. While making their escape with the toxin on a sea-doo Val notices them grabs a sea-doo and follows them. She pulls ahead of them and shoots a harpoon into a lifeboat sending Tina and Angel into the water and the toxin into the air which Val manages to catch just in the nick of time. 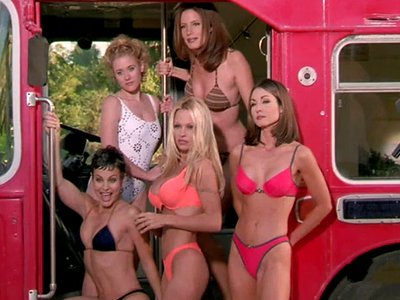