When Val hears a caller threatening a radio psychologist and her family she sets up an appointment for her with V.I.P. When Dr. Lonnie thinks the stalker might be a co-worker Val accompanies her to work. While on the air she gets threatened again so Kay tracks the call and Nikki goes after the stalker. Turns out he was only a messenger. Nikki warns him to step out of his car because there's a bomb under it but he doesn't listen and his car blows up with him in it. While on a break Dr. Lonnie hears a threatening message from inside the building. It turns out to be a co-worker who was playing a cruel joke on her. Dr. Lonnie is getting real worried now and asks Val to take over the show for her. Val agrees and does it with Dr. Lonnie right next to her. Back at V.I.P. headquarters Kay is going through a list of people who called the Dr. Lonnie show and got on the air. She finds the name of an ex-marine who might have gone mercenary. So Quick goes to pay him a visit but he attacks Quick. Th 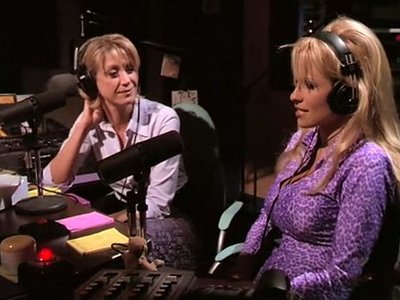