Holly is really excited about her new job, until she gets there and thinks her boss hates her. Val is having trouble moving on, after braking up with Rick, so Holly takes her to a club. At the club Val meets a woman who is going through the same thing. Meanwhile when Holly runs in to her boss, who we find out is a lesbian, while she is dancing with Tina so her boss assumes Holly is also a lesbian, and now that her boss likes her Holly can't find away to tell her she's not. 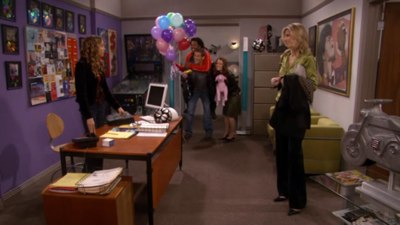