Ichigo becomes curious about her classmate, Ran Shibuki, who appears to be something of a loner. Later, Ichigo ends up paired with Ran for an upcoming audition for a fashion show. As Ichigo trains with Aoi to act like a model, Ran laments about her former partner. Prior to the audition, Mizuki gives Ichigo some advice on Ran. On the day of the audition, Ran takes Ichigo behind the scenes to show her an idol's purpose on the runway: to express the feelings of the staff, supporters and audience. After passing the audition, Ran reveals to Ichigo about her former roommate, who had to drop out, which had left her in a funk before auditioning with Ichigo. 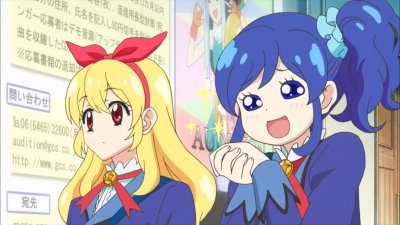