Ichigo nervously attends her first meeting with Mizuki's staff as they plan for her next concert. After the meeting, Mizuki starts training Ichigo on a trampoline, teaching her about the Special Appeals she'll need to use. As Ichigo struggles to think about how to pull it off, her friends give her some advice. During the rehearsal, Ichigo manages to perform a Special Appeal, but later feels frustrated that she couldn't match up to Mizuki, who performed three. However, Mizuki assures her that she'll be able to perform three on the day of the concert. 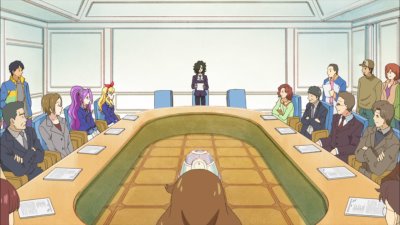