As the day of the concert arrives, Ichigo's mother, Ringo, has a feeling of nostalgia as she takes Raichi to the theater. Meanwhile, Ichigo is nervous as she hasn't been able to do three Special Appeals during her rehearsal, but Aoi, Ran and Otome show up to give her their support. As Ichigo takes the stage for her first performance alongside Mizuki, she is able to perform three Special Appeals and make a strong impression on the crowd. However, during the second performance, Ichigo starts to feel a bit weak, but Mizuki manages to give her the strength to see it to the end of the song while also performing a fourth Special Appeal herself. Following the concert, Ichigo seems to be spacing out a lot, although she eventually explodes into high praise for Mizuki while talking to Naoto, desiring to be a top idol just like her. 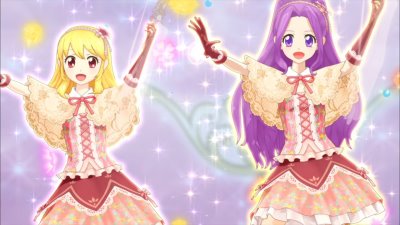