As the STAR☆ANIS members return to their individual units, Shion is preparing for an audition for the role of Alice in a production of Alice in Wonderland. However, having mostly played cool, stoic roles, Shion worries that she won't be able to give off a dazzling smile fitting for the role of Alice. On the day of her audition, Shion is surprised to find Ichigo had been cast as the White Rabbit at the request of Orihime, with Aoi and Ran and all her other friends cast in various roles. Despite the pressure of needing to keep in character regardless of the surprises, Shion finds herself having a lot of fun. Reaching the final scene, Shion cheerfully states her dream of becoming an actress, giving off a dazzling smile that wins the director over, earning her the part. 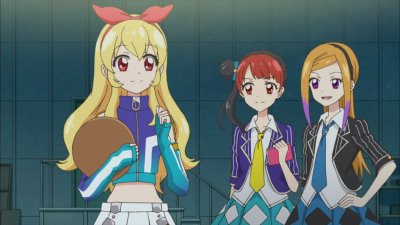