After producing a successful makeup commercial for Seira, Kii is lined up to audition for the poster girl of her favorite beverage, Brain Thunder. Wanting Kii to audition, Seira tries to take her to search for Magical Toy's top designer whilst he is in town, but finds it hard to drag her away from producing her next commercial. As Kii struggles to focus on her own audition after Seira bans her from thinking about the commercial, she is approached by Mizuki, who assures her that Seira is doing her best to encourage her. The next day, Kii tries to search for Magical Toy's top designer, with Ichigo and the others deciding to help her out. When Kii gets a cramp whilst chasing after the designer's van, Seira manages to catch up to it and pull him over, with Kii managing to persuade him to give her a Constellation Premium Dress, which she uses to pass her audition. Meanwhile, Mizuki takes her leave from Dream Academy to pursue her dream of supporting others. 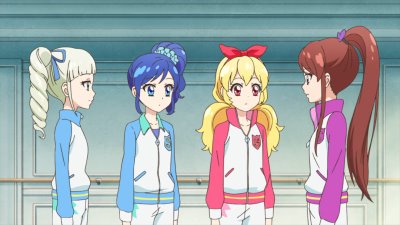