Otome explains that she was so focused on including everyone into her schedule that she forgot to include herself, refusing to make any further changes to the timetable. As the Starlight Festival gets underway, the Dream Academy girls learn of the situation and meet up with the Star Academy girls, who mention how Otome has been working hard for the festival due to her role as Starlight Queen, as well as to provide a wonderful memory for those about to graduate from the middle school division. Ichigo, Aoi, and Ran eventually manage to find Otome, who had been rushing around the campus all day, conveying their desire for her to be on stage and convincing her to perform alongside them. At the end of the festival, as Starlight Academy is declared the winner of the Festival & Carnival, both schools' idols decide to team up together to form a new group; Dream Star. 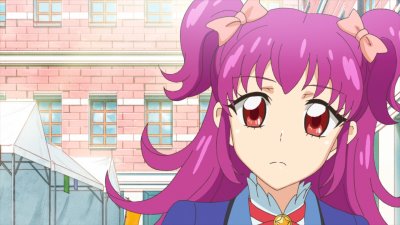