The day before the Star Dream Festival & Carnival begins, Dream Academy is busy with preparations for the Dream Carnival day. Seria, who has been nervous about being the headlining act, learns from Ichigo that she plans to perform alongside her friends. As the carnival begins, Tiara gives Orihime a tour of the academy whilst Ichigo and the others take in the attractions. As Ichigo spends some time with Seira, she states that even though they are considered rivals competing against each other, they are also friends connected by Aikatsu. Encouraged by Ichigo's words, Seira asks Kii, Sora, and Maria to perform on stage alongside her. With the Dream Carnival ending on a high note, it is discovered that the schedule Otome had prepared for the next day's Starlight Festival doesn't actually include herself in the performance lineup. 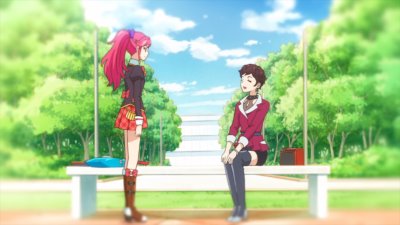