Caroline and the Critics

When Caroline learns that an obscure upstate newspaper has dropped her syndicated strip, she drives up with a reluctant Richard to find out why. Naturally Richard's car breaks down, and the two wind up playing marriage counselor to the only local mechanic and his on-the-point-of-leaving wife. Meanwhile, Annie recognizes an obnoxious diner at Remo's as the theater critic who gave her the worst review of her career, and hatches an elaborate revenge plot that involves Del, Charlie, and a cab driver/actor with his own ax to grind. 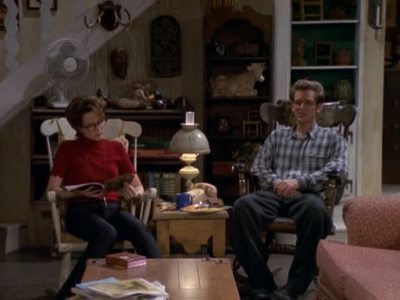