Caroline and the Ombudsman

Caroline's having a really bad hair week because her shower's been out of commission for several days and she can't get the super in her building to repair it. A deliveryman at Remo's suggests she hire his brother-in-law who specializes in persuasion; then an aghast Del and Richard explain to her that she has inadvertently hired a hit man. Trying to protect Mr. Tedescu, Caroline shadows him to head off the hit, which involves getting Richard glued to the pipes in the Elevator Lady's apartment. Meanwhile, Annie's agent wants to make her famous by publicizing her saving an audience member's life with CPR. The catch is that the man was with his mistress and doesn't want any publicity - especially when his wife assumes that Annie is the other woman. 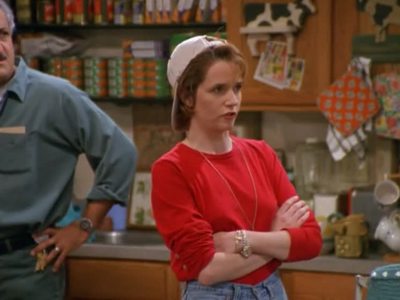