As fire blazes through London, destroying whole swathes of the city, Charles and James fight valiantly to contain it. Many see the fire as God's judgement on Charles and his licentious Court and, as awareness of Barbara's depravity grows, the Monarch's popularity wanes. But Barbara is about to be eclipsed in Charles's heart as he falls under the spell of sparky, streetwise actress Nell Gwynn. Minette, Charles's beloved little sister, is sent from France as Louis XIV's envoy.The endless wrangling with Parliament makes Charles desperate to appropriate money from another source, and France is prepared to grant him a subsidy in return for support against the Dutch. Charles also negotiates a second, covert treaty, whereby the French King will provide unlimited funds, should he convert to Catholicism. Minette, having concealed a debilitating sickness from her cherished brother, dies on return to France. Charles is devastated by her death. Comfort comes from Louise de KÃ©roualle, Minette's 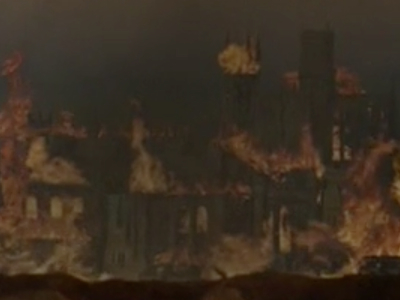