Randy's associates have discovered that 10 million yules of Harry's 17 mill income are going into some secret project. Harry has Lee kill Randy's associates under the guise that they betrayed. Rich's mother has passed away and in her honor, Brandon and Big Daddy attend the funeral, thus proving BD's ideal that the Syndicate is one. Bear, after being invited to dinner at Harry and Sherry's new home, decides to settle everything once and for all. Harry talks about how he intends to rise higher, and that he needs Sherry for that. Bear silences him and removes his shades, looking deep into Harry's eyes, and decides to leave Sherry in his care. BD tricks Brandon into visiting Maria, he is cold and short with her, and though it's clear he loves her, he doesn't want her brought into his life as an assassin. BD reveals that he is in love with Maria. Harry puts 10 million yules into Randy's account, this was money for a firearms smuggling deal Harry had going, Harry then as Bunji assassinate Randy, thus making it appear that Randy betrayed. Bear resigns himself to believing Harry is not responsible, because Sherry would fall with Harry. 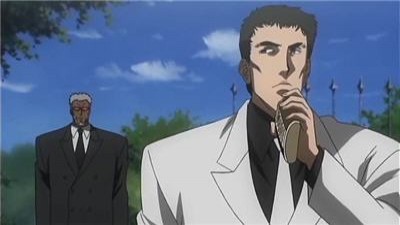