Nick Tomasino, the son of a poor family whom Mrs. Cabot has allowed to stay at the hotel after a fire destroyed their home, befriends Donna Corry, a young woman from a wealthy family. Donna showers Nick with gifts shoplifted from the hotel's stores. When Nick tries to return a stolen gift discreetly, Peter and Billy spot him and accuse him of shoplifting. The shop-owner doesn't press charges, but notifies Nick's father. When Jonathan Corry finds a variety of stolen items in his daughter's room, Donna claims they belong to Nick. Mr. Corry relies on his instincts and tells Nick's father that Nick has been trying to protect his kleptomaniac daughter. Zan Elliott, a female playwright, invites her best friend, Eileen Weston, to her opening night in San Francisco, and reveals that she is gay. Eileen is incredulous and cannot treat Zan in the same way as in the past. Eileen spends the night with a male hotel guest, whom she cares nothing about. Feeling rejected, Zan also spends the night with 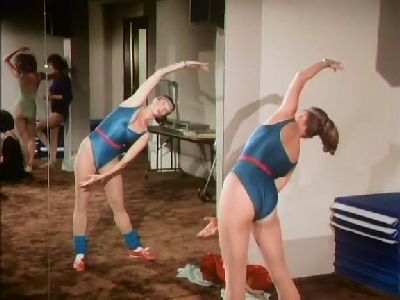