1. Opening Titles: A Tribe Called Quest 2. The Rules John reminisces about when he was young and in the nightclub scene, back in the mid to late 90's. 3. Disney A lot of bands try to project a "danger is my middle name" image, but how many can say they were kicked off a record label for being a bad-arse? Glen Dansig and the Insane Clown Posse can, both of whom were kicked off theirs by Disney. 4. Music Mole: Payola Although the method of payola, where record companies pay radio stations to favour one of their songs, was outlawed over 40 years ago, the Mole reveals a new form of this method being used today, called payola-by-proxy. 5. Classics Local councils all over the world are using an anti-gang method of playing classical music in public places. Haven't these people seen "A Clockwork Orange"? Classical music is what sets them off! 6. World of Music This week, it's TISM playing their song "(He'll Never Be An) Ol' Man River" with the instruments of Greece. 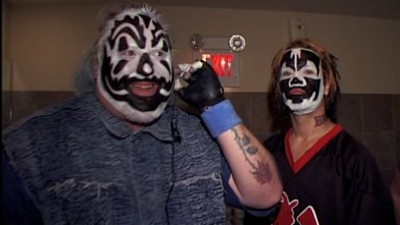