Riggs and Murtaugh are led into the underground mob world as they investigate a murder in a hospital. Meanwhile, Murtaugh learns that Riana is secretly dating his neighbor and nemesis' son. Also, Riggs spends more time with his childhood friend, Molly, and Scorsese's real name is revealed. 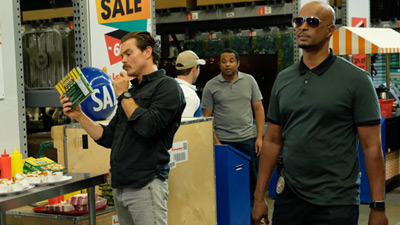